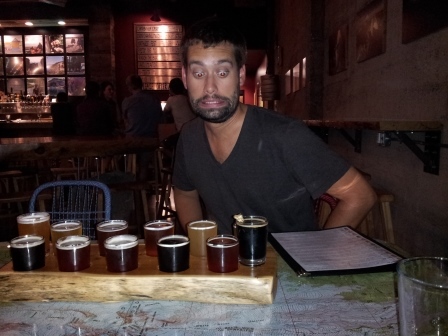 The Darkness cometh!
Happy Fall Road Doggers, this is the time when everyone starts releasing their winter beers. Whether they are Imperial stouts or winter warmers the time for big, dark, and strong ales has arrived! The best opportunity to taste a large amount of these beauties is at the Winter Beer Festival at Magnuson Park December 5-6th in Hanger 30. At this event the breweries go “all out”. It’s an event where everyone brings crazy barrel aged beers; they dress up, decorate their booths and let the beer flow like wine!

We have 15 guests and no members online